The small island nation of the Bahamas is no stranger to hurricanes. This vulnerable island chain on the western edge of the Atlantic Ocean bears the brunt of all sorts of weather events from the sea. Most Bahamians have lived through at least one if not multiple hurricanes in their lives. The Bahamas was the first Commonwealth Caribbean country to implement a mandatory building code in 1971, and is considered to have one of the best building codes in the Carribean. Even then, nothing could have prepared the people of the Bahamas for the storm they would weather in the fall of 2019. 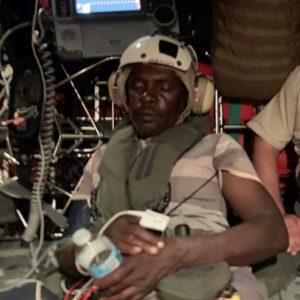 Less than one year ago, Hurricane Dorian devastated this proud island nation in a way that no one could have ever imagined. It was the most powerful storm ever recorded in the Bahamas. Prior to Dorian, news outlets touted the nation’s building codes. Bahamians prepared to weather this storm, as they had countless other hurricanes. Slow-moving and unpredictable, Hurricane Dorian battered the Bahamian islands for three consecutive days, bringing along with it unprecedented and unimaginable levels of damage. The category five storm had winds reaching up to 185mph (298km/h). Water levels rose between 18 and 23 feet, and up to two feet of rain was poured down on the low-lying islands.

During the storm, one of Tropix’s future employees was sheltered in Hopetown, an island off the coast of Abaco. She, along with seven family members and two dogs huddled together and waited for the storm to pass. In a brief break in the storm, they were able to run to a neighbor’s house where they joined 14 more people including five children. She hid on the floor of a bedroom closet, as the worst of the squall pounded the house.

When finally the storm subsided, the devastation was unimaginable. Tropix’s future employee stepped out into a place she no longer recognized. During the storm, Marsh Harbour, the major city of the Abaco Islands, was leveled to the ground. Houses were torn apart and boats had been thrown from the sea onto land. There were shipping containers and huge piles of debris sprawled all over where once there had been streets and communities.

Tropix’s employee sheltered in a crowded and flooded house with 18 other people. There was no running water and the roof leaked but most importantly she was safe and alive! Her golf cart had blown away, her job had blown away and her home had blown away. After the storm, the death toll stood at 43 total: 35 in Abaco, and 8 in Grand Bahama, which were the two sites hit hardest by the gale. Still, hundreds more remained missing. According to the New York Times, estimated damage in the immediate aftermath of the storm was at a minimum of $7 billion. But Tropix’s employee was alive and filled with the desire to pay it forward. 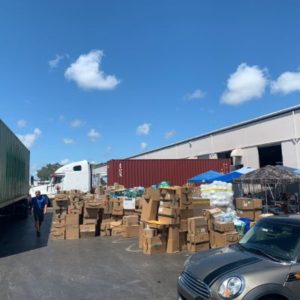 The Bahamians were largely left isolated. Many were without food, potable water, and electricity. The Abaco Islands were essentially uninhabitable. There was little phone service, so information circulated in rumors and by word of mouth. Hundreds camped out in government buildings, at the port, or the airport, hoping to escape. Most had lost their official paperwork, including passports, and credit cards. The lack of functioning ATMs also meant that people had no source of money. Many worried that even if they were to find a way off of the Islands, they would be without proof of identity or a means to pay for the passage.

Ultimately, this crisis exposed the heart and strength of the Bahamas. In the face of tragedy, the Bahamian community came together. Tropix’s employee remembers vividly the value of hugs during this time with people hugging one another and sharing the gratitude they all felt to be alive. The strong Bahamian community, along with volunteers and donors from around the world came together to rebuild what had been lost in the storm. The outpouring of support for the humanitarian crisis that had occurred was incredible.

Among the many helping hands were Tropix Air’s founders, Michelle and Alan. They used their 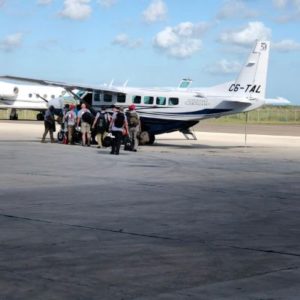 private jet to transport water, food, supplies and volunteers between the Abaco Islands, Grand Bahama and Florida. Upon seeing the way that people were living in Abaco and Grand Bahama,  Michelle, Alan, and their family were dumbfounded. It was horrible to see the conditions their fellow Bahamians were forced to suffer and they knew that they had to do something more. Alan and Michelle’s son Brandon, who owns tropixshipping.com, teamed up with the Headknowles foundation and spent a month helping to clean up the mess and doing what they could in the face of such overwhelming tragedy. During this life-changing month, she they were impressed time and again by the strength and humanity present in the Bahamas. 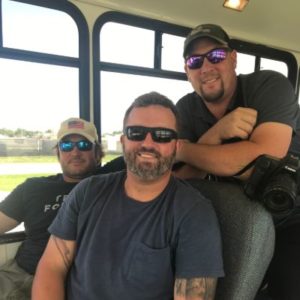 In the days, weeks, and months after the disaster, they met incredible people from all different walks of life. Michelle and Alan heard story after story of hardship, survival, and. In the immediate wake of the storm, there were three men, Allan, August, and Levi, from the United States who drove through the night from Texas to Florida to begin doing what they could to save lives. Tropix heard the trio’s story and worked with the group to fly them back to Fort Lauderdale after their time helping on the island. When Michelle told the trio that they were her driving force, Levi simply replied “This is what we do ma’am, help others any way we can”. Michelle then took this mantra and ran with it. After the storm, Tropix’s future employee spent five days cleaning up debris so there was somewhere to sleep, in addition to helping prepare and serve food. All this to support her community of Hope Town. Then, she and her three surviving cats were finally evacuated. They rode a fast ferry to Nassau. There she met Michelle and Alan who gave her part-time work and has since begun to rebuild her own life. She now makes sure to read one piece of positive news every day and to remain thankful to be alive.

The tragedy, however, is not over and the strong Bahamian community continues to need help! 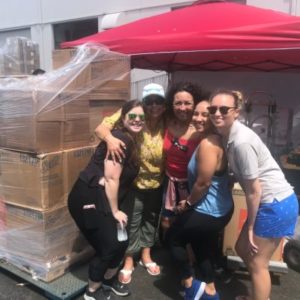 There are many people who to this day, are living in tents without access to proper water or electricity sources. Donations are especially important as community development strategies continue to be put into practice.

Although the world is now facing a new catastrophe in the form of a pandemic, the mission to help in the recovery following Dorian is ongoing and could still benefit from your support. While many foundations are accepting donations, three are special to Tropix and their team. They include the Rotary Club of East Nassau, The HeadKnowles Foundation as well as Hope Town Volunteer Fire and Rescue.

Reopening After COVID-19 Next Article